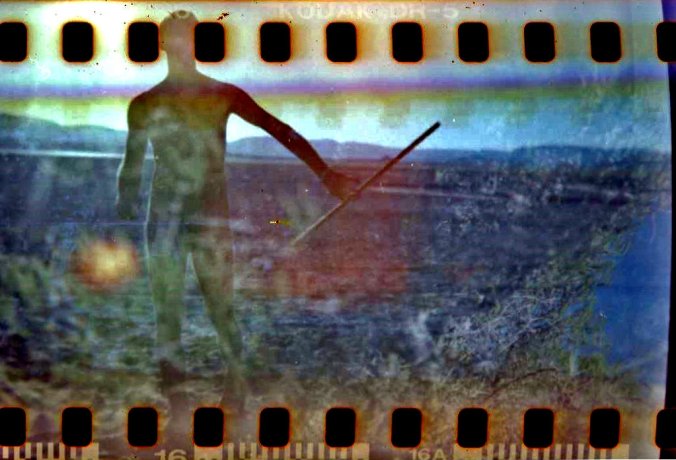 I used to be homeless. Now I’m not.

I used to be a practicing alcoholic. Now I’m not.

Five months ago, I was hopeless. I was absolutely shipwrecked on the island of despair. I was in a deep depression, drinking around the clock, and had lost everything. The tattered remains of my life, my soul, and dignity had landed on the bed in a hospital room, with nowhere for me to go. What remained of my life had nearly fizzled out on the floor of a convenience store where I had collapsed unconscious on the floor, bringing frenzied paramedics, and an ambulance days before. For seven days I was treated for extremely high blood pressure, alcohol poisoning and withdrawal, severe dehydration, and monitored for what physicians thought might be an eminent cardiac event. My once shapely, extremely fit body, had deteriorated to a sucked up mess.

After delusion brought about by alcohol withdrawal, and a body loaded with sedatives, had subsided, I had no longer believed I staying at a hotel. I had rising clarity, and clarity had been one of the things that eluded me for several months. The reality that I was hooked up to machines, and an I.V., laying ill at Sierra Nevada Memorial Hospital in Grass Valley, California hit me like a ton of bricks.

About a month earlier, I had decided I wanted to die. I had reached out on social media, FaceBook, and specifically a group within the site dedicated to serving the locals of the county I live in Northern California, asking for someone to care for my cat, Isabella, should I spontaneously go through with carrying out the act of suicide.

Laying in the hospital bed, I decided to reach out to loved ones, on the same site I had posted that grim plea, that call for help, to let them know where I was. I had become such a tornado in my loved ones lives, and all who were around me during the last year of my drinking, I wasn’t sure if I was still loved by anyone.

A day later, still mentally cloudy, but experiencing more clarity than I had for a long time, a man walked into my hospital room who would become to be known as my guardian angel. He was a complete stranger. He only knew me through my posts on Facebook, in a group called Nevada County Peeps which has a membership great in numbers. He was warm and friendly. He offered up his own story of struggling with alcohol and drug addiction. He said there was hope if I had the desire to stop drinking, and wanted a new life. I did. And I once again felt hope. He became active at once, hooking me up with aid provided by the county’s behavioral health programs, and a drug and alcohol treatment program, and provided me with guidance with the skills he gained through his education in peer support counseling; ironically a certification I had been in school with, and graduated from. I just didn’t know how to help myself with those same skills. Clearly he knew how to help me.

After spending a few days in a mental health facility for evaluation and treatment, and a medication adjustment to treat my bipolar 1 disorder, I found myself in a drug and alcohol program in Marysville, California called Pathways. There, I learned about addiction, and was supported by caring counselors and peers. It was then, through outside meetings, I was introduced to a twelve step program, and it’s accompanying text that outlined the steps I needed to follow in order to achieve continued sobriety. The book mirrored every aspect of my experience that I knew as an alcoholic. It spoke to me – I could relate. It was a blue print for a new way of life I was about to be rocketed into. It outlined a solution that had eluded me.

My guardian angel, the man who came to visit me during my hospital stay, had remained in contact during my 30 day treatment in Pathways. When I had successfully completed the program, he found me at a temporary shelter for those going through mental illness crises, or those suddenly homeless, called the Insight Respite House in Grass Valley. There another miracle, the first being getting sober, occurred. He offered me housing in a clean and sober house, and a job. I couldn’t believe the kindness of this man who showed me that there was hope in a new life.

While at that house, I was able to undergo surgery to repair a shoulder injury I sustained while drinking months before I got sober. I was laid up for ten weeks, and in a device that kept my arm stationary. I also had to sleep upright. I was cared for by members of the house I lived in as well as good friends in the community. Weeks later I would move.

I became a manager for a new clean and sober house in Nevada City, California, owned by the same organization of the house I had lived in after my treatment, The Co-Living Network. Today, I help others who are homeless, addicted, and going through mental health issues. I am a peer counselor, coach, and mentor in the house, and I love every minute of it. Helping others provides me some of the greatest joy I have ever known.

I have also worked the steps in the twelve step program that brings me continued sobriety, and secretary a young people meeting of that program in Grass Valley. I speak often about what keeps me sober as the chair person in meetings outside my homegrown, and at institutions. I have been interviewed on radios shows, and soon to be interviewed by a television news station where I will talk about the model for living I am a part of forming with the Co-Living Network.

A lot of people in the midst of their addictions express a yearning for their life back. For me, that notion is crazy. Who would want to return to a life that brought them to the very misery they seek to escape from? I enjoy a new, bigger, better way of living today. I get to bring my experience, strength and hope to those who are suffering, and want to achieve sobriety and continued sobriety. I get to work with those seemingly hopeless individuals and watch the light return to their eyes. I get to have a front row seat to watch God work.